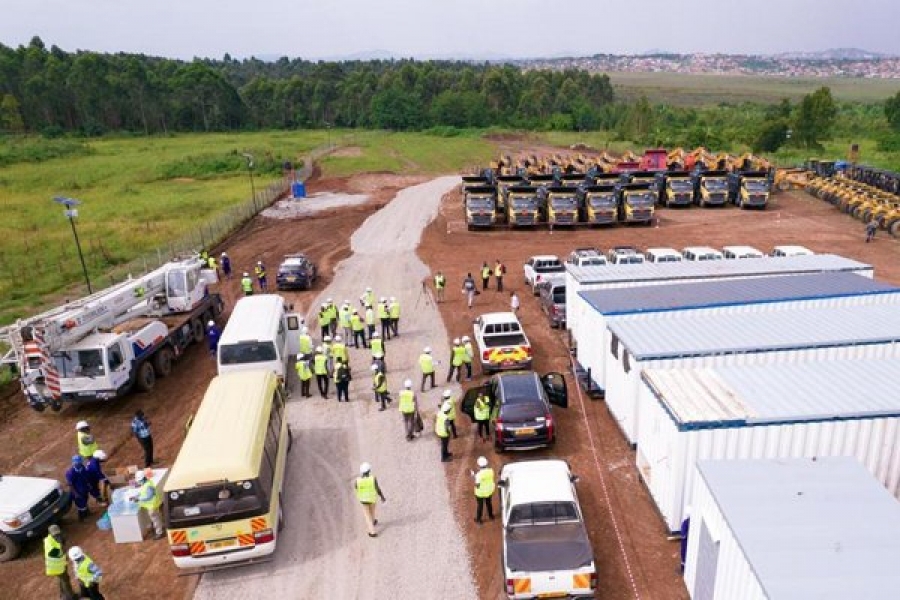 Yiga 43, a father of eight was on Monday charged and remanded to Luzira prisons by Nateete Grade One Magistrate, Timothy Lumunye.

Pastor Augustine Yiga being driven to Luzira Prisons after court charged him with doing an act likely to spread infection of a disease. (Photo by Douglas Mubiru)

Yiga 43, a father of eight was on Monday charged and remanded to Luzira prisons by Nateete Grade One Magistrate, Timothy Lumunye with doing an act likely to spread infection of disease. He denied the charges.

Pastor ‘Abizayo’ is accused of falsely using various television stations to tell the public that there is no Coronavirus in Africa.

The offence contravenes section 171 of the Penal Code Act and on conviction; Yiga will be liable to seven years imprisonment.

“Your honor, we pray that you adjourn this case and fix a date for mention because police is still investigating the matter,” Bireke said.\

This prompted the defense lawyer, Wilberforce Kayiwa to apply for the accused’s bail saying he is a family man of eight children who need his care.

“The accused suffers from diabetes, the prison will be unable to treat him, and he’s a family man of eight children and he is their only sole breadwinner, we, therefore, pray that this court be pleased and grant him bail,” Kayiwa said.

However, prosecution objected to the bail saying the accused’s sureties were not substantial and he had no proof that he possessed diabetes as alleged.

“I object to the application for there is no any proof to confirm to court the existence of the disease and the accused is a boss to the sureties who may procedurally fail to compel him to appear in court,” Bireke said.

Delivering his ruling, the trial Magistrate adjourned the case to April 30, 2020, for ruling on whether he grants Yiga bail or not.

Yiga was last week arrested by police after uttering false information and spreading harmful propaganda in relation to the deadly coronavirus pandemic.

What the law says

Under the law, anyone who unlawfully or negligently does an act which he or she knows or has reason to be likely to spread the infection of any disease dangerous to life commits an offence and is liable seven years imprisonment on conviction.

Prosecution asserts that on March 27, 2020, at Revival Christian Church-Kawaala, Rubaga division in Kampala before various television stations, the accused uttered words which were broadcast that there is no coronavirus in Uganda and Africa.

Sanyu Nalubega, a cosmetologist, says stretch marks are lines on the skin surface, with an off-colo...

I just donated to the #COVID19FUND to support @WHO’s response efforts to the global #COVID19 epidemic. Join me to… https://t.co/rEklraHALH

RT @SolomonSerwanjj: The use of brutal and excessive force by Uganda's security forces can not be tolerated any more. NO! What happened at…

Subscribe our Email News Letter to get Instant Update at anytime